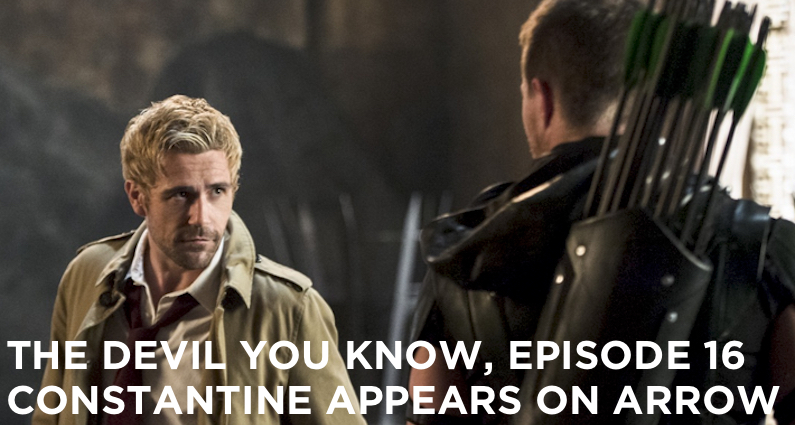 TDYK 16-The Devil You Know Episode 16-Constantine On Arrow

Hi Hellblazers! SURPRISE! This episode is SO late! Our favorite mystical con-man appeared on Arrow weeks ago (in an episode titled Haunted), and Joe and Tony recorded the podcast right away, but then real-life got crazy with work schedules and family illness and travel and Thanksgiving Holidays… and this surprise episode got delayed – OUR APOLOGIES!

BUT – here we are. Constantine on Arrow! We’ve gotten one more chance, thanks to the great folks at Arrow and the CW, to watch our hero John Constantine in action!

Here are some thoughts from Joe about the episode:
Read More… 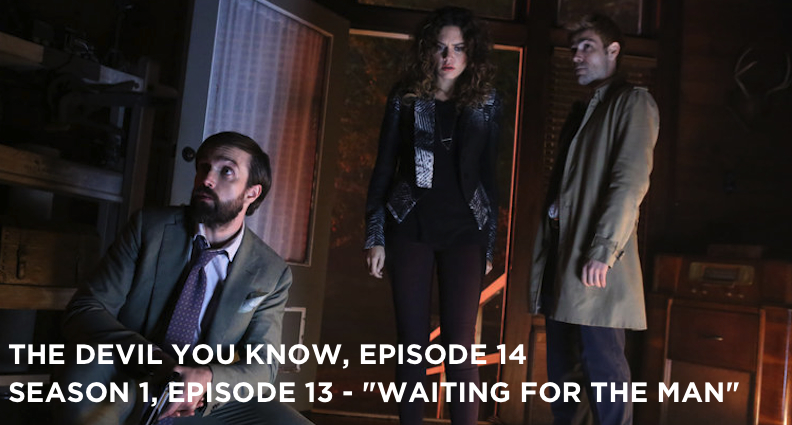 Thoughts from Joe on the Season Finale of Constantine, Season 1:

Once More Into the Fray

So we’ve reached an end. End of Season 1? Definitely. End of Constantine as a series? We have no idea at this point. The fans have spoken. “Season 2!” they shout from the mountaintops. Ratings crawled up a bit, I’d like to think in response to several rock-solid episodes. I admit, I wasn’t as blown away by this last episode as I would’ve liked. Except for the last 2 minutes. Which blew my mind. Read More… 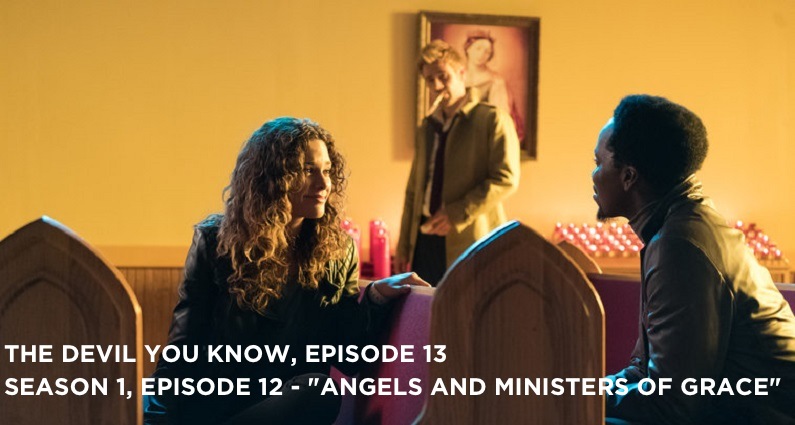 OK, OK, OK. So I was wrong. I was big-time wrong. About what, you may ask? About our buddy Manny. 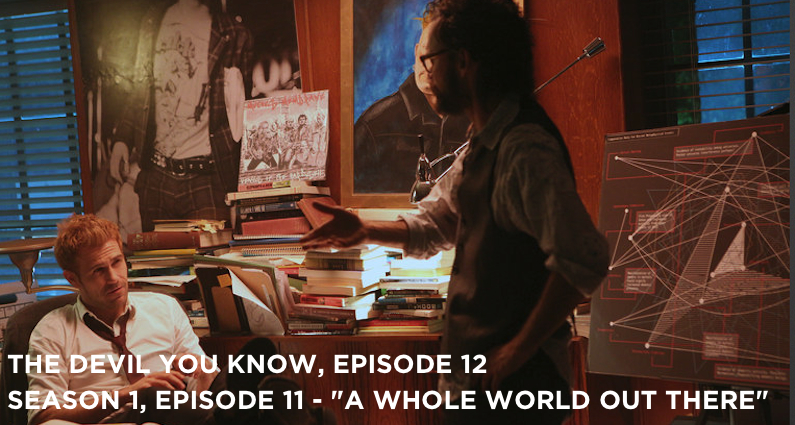 Some thoughts from Joe Z, one of the co-hosts of THE DEVIL YOU KNOW: A CONSTANTINE PODCAST

The ride that is Constantine has indeed been a rocky one. Look, I’m an optimist. I admit it. I have a tendency to look for the good first, the bad…well, only if I have to. I feel like I need to face the facts about this show. The truth is, it took a while to find itself. It REALLY struggled in the beginning. Coal mine ghosts? Meh. Scary children in masks? Seen it. And don’t get me started on Liv! Constantine has suffered through what many other shows have suffered through: first season identity crisis. I can’t help but feel like the early episodes softballed it a little. Perhaps they didn’t trust the audience. Perhaps they didn’t want to scare the Network. But the fact is, for Constantine to work, scare is what is needed. A few episodes in, the show started to veer closer to the comics. We saw fantastic familiar faces like Papa Midnight, Gaz, Anne-Marie and of course Jim Corrigan/The Specter. AND they decided to up the horror. Rather than veer towards Buffy-esque monsters of the week, we saw cursed items, demons in the form of beetle swarms, and hideous beasts made from tortured babies. And that’s when Constantine became Constantine. Read More… 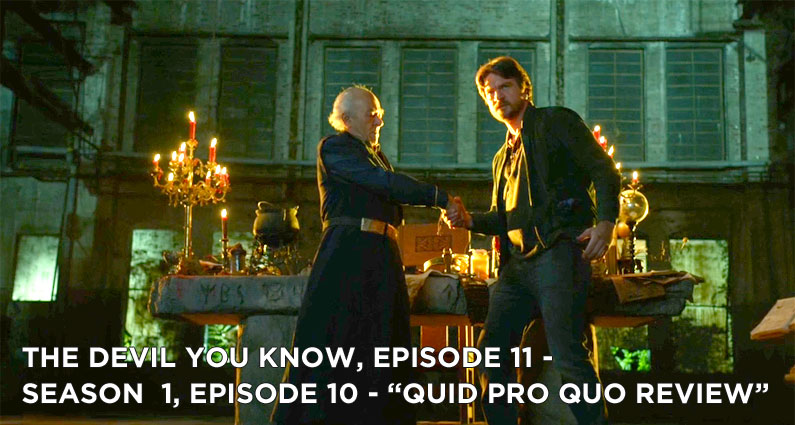 this week, the devil we got to the know is Chas! At long last, we finally learned the great mystery of everyone’s favorite 6’6″ teddy bear w/ a mean right hook. 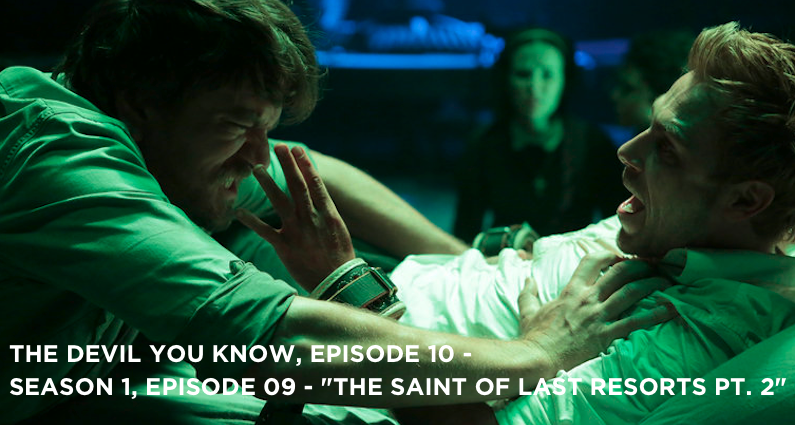 Co-Host Joe Zettelmaier shares his thoughts about the newest episode of Constantine!

In Defense of Scooby Gangs

Hello, all! Gravelly-voiced Joe Zettelmaier here, thrilled to be back in the land of flesh-fruit, satanic vinyls and cops-soon-to-be-Spectres. While my recent illness may have turned my voice into a rumbling demon, it hasn’t hindered my ability to write at all, so here we are…back to the Devil You Know Blogs!

So one of the things we really got from The Saint of Last Resorts, Pt. 2 is a chance to see the whole gang (plus Anne-Marie) functioning as a team or, to use a phrase often utilized for supernatural “heroes” in a bunch, a Scooby Gang! Outside the popular animated show featuring a sleuthy canine and his human pals, the term “Scooby Gang” was also a popular term to use for Buffy Summers and her gang of monster-hunting companions. I feel like it certainly applies to Constantine, Zed, Chas and occasionally Manny and Anne-Marie. Read More… 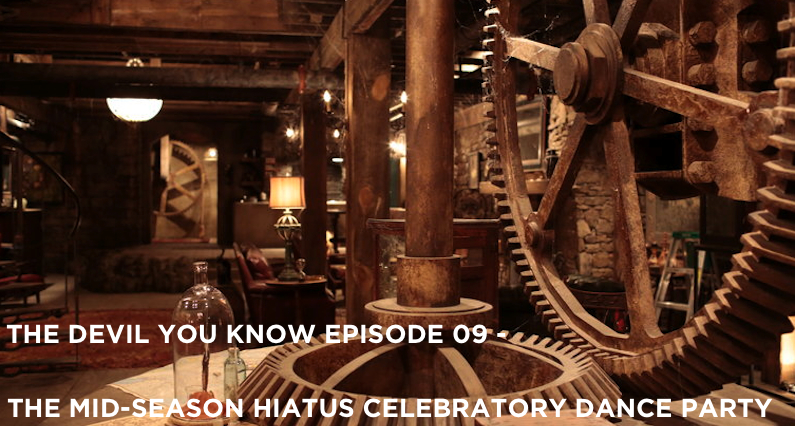 It’s the Mid-Season Hiatus/Holiday Break for Constantine! So, we’re celebrating!

Tony and Joe have gathered 100 or so of their closest friends and Constantine fans, and flown everyone down to Jasper’s Millhouse for our first ever Mid-Season Hiatus Retrospective And Celebratory Dance Party!

Join us as we snack, dance, and celebrate some of our favorite things about the first 8 episodes of Constantine. We also discuss the newest news, browse around some of the things on the shelves of the Millhouse, manage to avoid the gravity trap, and try to be heard over the noise of the crowd dancing in celebration of Constantine’s imminent return on January 16th. Read More… 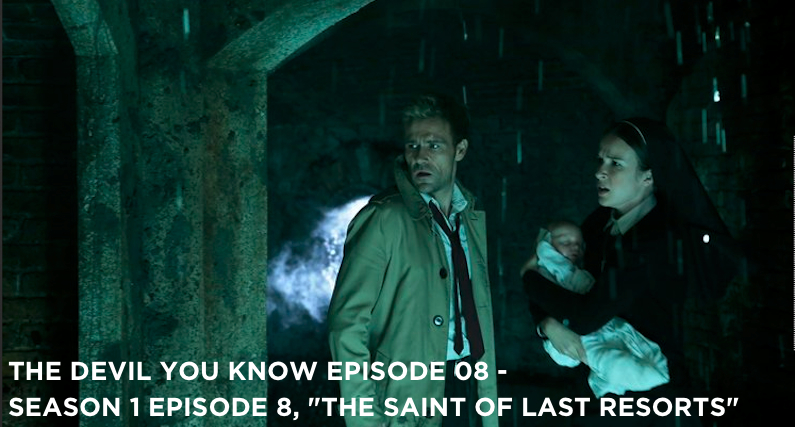 The Constantine We Deserve

What else can I say? The Saint of Last Resort, pt. 1 was the episode of Constantine I’ve been waiting for since the go. We’ve had some great episodes at this point (Danse Vaudou, Devil’s Vinyl) and some duds (Darkness Beneath, I’m lookin’ at you). But last week, all the parts came together in one glorious, grotesque hour of demonic television.

Last week, I blogged about what I felt hurt the show. This time, let’s talk about why Last Resort worked so well. The biggest thing for me was character development. We’ve been needing to make some big strides in that direction for a while, and boy did we get it. While it’s fun to have some mystery in John’s past, he’s still our protagonist. We’ve got to get to know him better, and the more we see him interact w/ people from his past, the more layers we see. Old friends often have an insight to us that no one else does. Anne-Marie gave us that and more. John’s unresolved feelings allow us to see past his snark. And the truth of his human feelings make the hard decisions he makes that much harder. Read More… 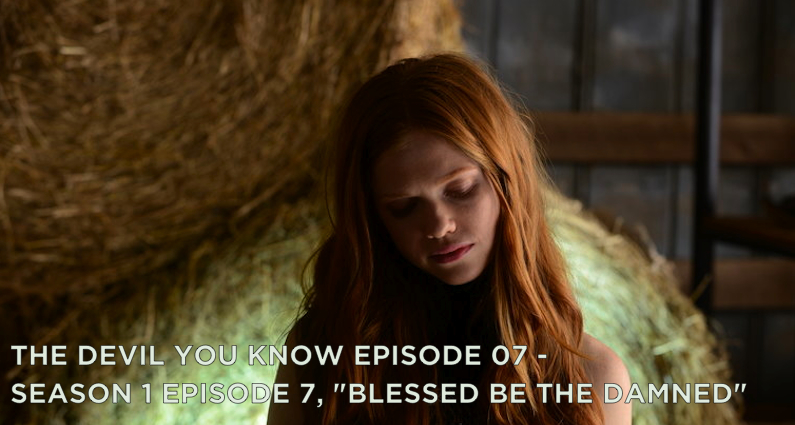 A tale of two Constantines.

If you’ve listened to our podcast for this week’s episode (Blessed Are the Damned), you know that this one didn’t wow me the way some of the others have. I’ve been mulling it over, trying to determine what exactly it was that left this one, and the previous episode, feeling a bit like soup gone cold.

For me, this show really started turning into something I was dying to watch in Ep. 3-The Devil’s Vinyl. Sure, the introduction of Papa Midnite didn’t hurt. But more than that, TDV was the first episode that really seemed to lock into a universe I could invest in. The focus of the episode (a diabolically-powered record) was something I hadn’t seen before, and something that didn’t present easy solutions. With Papa Midnite, we saw the series start to veer closer to the comic. Some interesting questions were raised, and the show made it’s first major step towards being something more than a supernatural procedural. Read More… 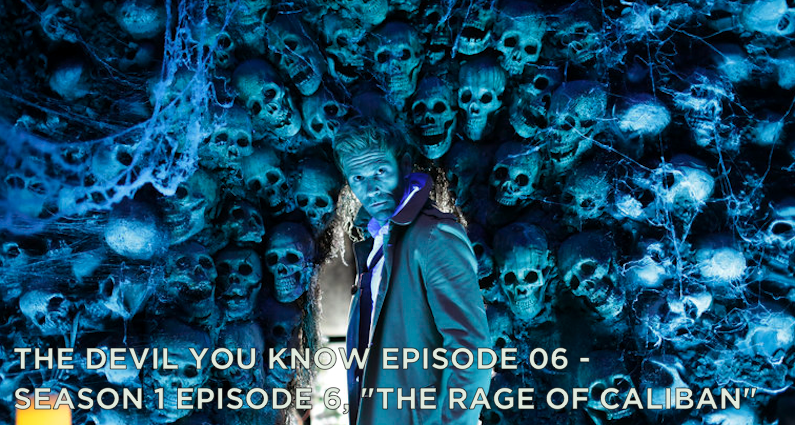 So let’s deal with the demonic elephant in the room.

NBC has decided to cap Constantine Season 1 at 13 episodes. A lot of people view this as the first step towards cancellation. Is it? Hell if I know. (Hellblazer if I know?) But mine is an optimistic nature. I look at this as potentially a very, very good thing. A pal of mine said the following about Constantine: It took 3 episodes for Constantine to turn into a good show, and 4 episodes for it to turn into a great one. I tend to agree. The last several episodes show a tighter narrative, more focus on characters, and an overall darker tone. Sure, The Rage of Caliban felt like a throwback, because that’s exactly what it was: an episode aired out of order. But if you look at the last few episodes (The Devil’s Vinyl, Feast of Friends, Danse Vaudou)…well, to me it seems clear that the showrunners, writers, producers, everyone is investing in a show that steers closer to the comics. Eerie, grim, darkly funny, with a protagonist who’s not afraid to light up a smoke now and then. Read More… 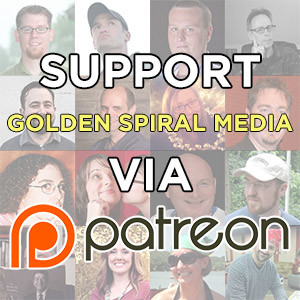