Some information about this episode

Harriet was born Araminta Ross, in Madison, Maryland*. Like most slaves, she lived a life of hard work and extreme abuse. Harriet learned some coping techniques, such as wearing multiple layers of clothing in order to block pain from beatings, and she even fought back. Very early in life she was beaten so hard that she took a metal weight to the head and suffered seizures afterwards. She also had visions and dreams most likely emanating from this injury, but she attributed them to being from God, which is the basis for the visions from the show.

In the 1840s, her life began to change with some events coming in quick succession. She married a free black man, changed her name from Araminta to Harriet, became ill and thus unwanted by her owner, and was put up for sale. She prayed for her present owner to die before he could pass ownership, and when that came to pass, she expressed great regret. When his estate was being settled, she decided to take the initiative and finally become free.

Harriet escaped with her brothers in 1949, but after an ad placed seeking a reward for their return, her brothers turned themselves in, forcing her to return. Soon thereafter she left again, this time by herself. She used the Underground Railroad network to get to Pennsylvania, remarking on her arrival that she felt like a different person.

Not satisfied to just settle and be happy living her life free, she decided to help others seek their own liberation. During this time, it’s estimated she escorted about 60 people to safety along a similar route to the one that she took. Some of those included her family members, but some were strangers to her, simply slaves seeking freedom.

During the raid on the Combahee River, she liberated another 750 or so slaves, an extraordinary number for a single person in that day. She prided herself in never losing a charge on her escorts along the Railroad course. She worked for the Union army for the entirety of the Civil War, leaving service several months after the Confederacy surrendered. She was never compensated, nor did she receive a pension like others who served in similar posts, and she lived her life in relative poverty.

In 1898, 30+ years after her retirement, President McKinley passed a bill that gave her $20 a month for her service to the US Government.

She worked with Susan B. Anthony to fight for women’s rights because she thought she “suffered enough to believe it.” She contributed her time as well as money to the causes she supported, which kept her destitute. She also donated land to a Methodist church, asking that they make a home for the ill and indigent. When the church decided to charge an $100 entrance fee, she was very upset, saying that she wished she could demand they only allow people in that had absolutely *no* money.

Her pain and seizures continued to plague her, to the point at which she required surgery to alleviate her symptoms. Harriet didn’t want anesthesia, so she bit on a bullet as she’d seen many Civil War soldiers do during the war. The surgery helped her greatly in her last years, but by 1911, she was finally too frail to live on her own. She was transferred to a nursing home, where donations were given in order to pay for her care. She died in 1913, saying to those around her, “I go to prepare a place for you.”

*It usually isn’t easy to pinpoint a slave’s year and place of birth. This is the most likely place based on records at the time.

Blinded by the Wife

Even though Wyatt has his suspicions, he waits a little too late to act on the accusations that Jessica might be working for Rittenhouse. Whether it’s out of a sense of misplaced loyalty, or because she revealed that she was pregnant, it caused the kidnapping of Jiya, and ultimately, the death of Rufus. The fault lies entirely with Emma and Jessica, but guilt will be a part of his psyche for the foreseeable future.

Their only mission in the finale was to aid Harriet Tubman’s Combahee River Raid. Rittenhouse came very close to subverting her ploy to liberate well over five hundred slaves and boost the Union army. There was also the added bonus of her interactions with Rufus where she revealed her visions that were similar to Jiya’s. She didn’t have the benefit of time-travel as being the impetus, but she had clear visions of the team arriving to help her, and had visions all of her life.

Living in the Past

Jiya hacked Connor’s computer to find that another pilot with similar visions was still alive and living in a mental institution. She confronts Connor and forces him to take her to the ailing pilot, Stanley Fischer. Stanley is confused to say the least. He babbles about time traveling without the machine, other people with the ability (including Kirk Cameron), forbidden colors, and a lot of other very strange things. While Connor does the whole “hand wave” (KarenApproved™) thing, Jiya uses the clues she gets from him to clarify her visions.

Pretty in a Picture

Once Jessica kidnaps Jiya and then Jiya subsequently gets stuck in time, they find out where she is by searching one of Lucy’s books she seemed fascinated with. The Time-Team sees a picture of her dressed in period clothes with a hidden message. (see below)

This is my nickname for Emma and Jessica when they’re running around causing mayhem in 1880s San Francisco together. They’re both quite evil during this time, and up until Emma’s killing of Carol, subordinates of Lucy’s mother.

Jiya has taken up a new life in 1885 San Francisco. She works in a Saloon and has been saving up to open her own bar with another woman. It would be another three years before the Time-Team catches up with her, and this makes her gritty, resilient, and able to handle herself in the rougher conditions of that time.

Meanwhile, Back at the Bunker

Connor and Denise don’t go on any of the trips during this time, so they hang back to hold down the fort. They have a conversation about family and the feelings of dread when waiting for the Time-Team to return from a mission.

Once the team returns after Rufus’ death, there are multiple conversations between our team members. Jiya and Connor – being the closest to Rufus – have a moment of grief over his death. Connor tries to comfort her and they share a moment that *might* start both of them on a road to healing.

Lucy and Wyatt talk about Wyatt’s guilt over his inaction leading to the horrible things that happened in San Francisco. He says that he messed up the mission, their team, and his and Jessica’s relationship. She says he’s not responsible for Rufus’ death, but yeah, he *did* mess up their relationship. It lightens the mood slightly, but it also leads to him finally admitting that he truly loves Lucy. He doesn’t ask for reciprocation, he only says it to let it be known that it’s late in coming, but true nonetheless. 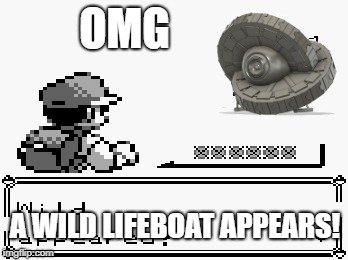 Most importantly, everyone is regrouping and a wild lifeboat appears! It seems to be the same Lifeboat they’re used to seeing, except it’s upgraded a bit. The door opens, and out steps a slightly older version of Lucy and Wyatt! OMG?! WHAAAA? Beardy!Wyatt LaraCroft!Lucy

Speaking in the Third Klingon

Jiya leaves her hidden message in Klingon, which Rufus can (of course) decode. It takes the specialities of our team working together to find her message – Lucy and her book, Rufus decoding the message, everyone deducing that she would’ve left a clue somewhere for them to find.
…

Links from this episode:

If you’re in the market for [[[Time Travel]]] books, DVDs or other merchandise, click on the link and you’ll help support Golden Spiral Media.

Send us your feedback! On the Golden Spiral Media feedback page, let us know your thoughts, theories, predictions, and ruminations. We want to hear from you!