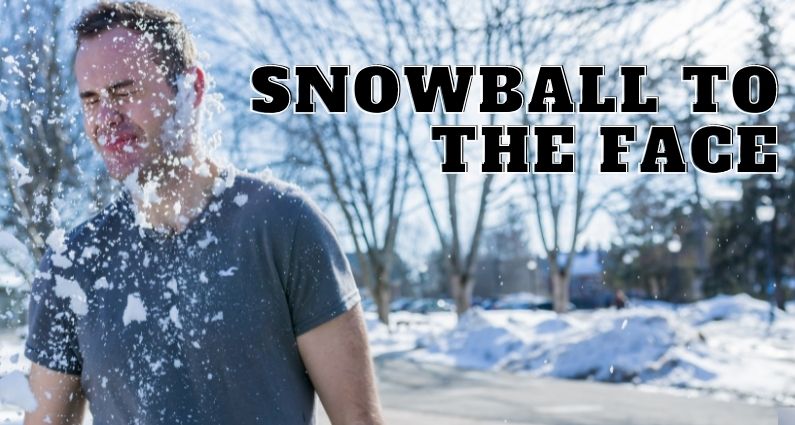 Walking home from school discussing the flagpole moment that would live in infamy, Ralphie, Flick and Schwartz relived the triple dog dare moment as Randy toddled behind them. And then, they heard the laugh of Scut Farkus. Scut and his toad henchman, Grover Dill, yelled at, intimidated, and twisted the arms of the boys until the boys ran away, screaming for their lives.

I’m sure most, if not all of you have seen this scene from the movie, “A Christmas Story.” Later in the movie a dejected Ralphie has enough when Scut blindsides him with a snowball to the face. Ralphie transfers all his pent up disappointment and frustration into his fists, and Scut’s face becomes the recipient of all that fury. Scut had it coming, and you can’t help but smile at the bully getting what he deserved.

Once I returned from the mechanic with the news that the entire car needed to be rewired, my first course of action was to contact the seller and let them know. I had a video with their guy stating many of the broken items worked until he messed with it and he’d fix those things before sending the car to me. I decided that fixing the car was more than I wanted to get into, so I requested they take back the car and give me a full refund.

What I may not have made clear is that I bought it from a broker. That is, the owner of the car hired the company I purchased the car from to find a buyer for the car. So in order for me to get a refund, the owner needed to agree to refund his share and the broker needed to agree to refund his share. The broker’s guy is the one I have on video, so you can imagine how surprised I was when the owner said he’d give me a full refund and take the car back, but the broker refused to give up his portion. Over the next several weeks I tried every way possible to get the broker to speak with me by email, Facebook, text, phone, you name it. I called nearly every day and left messages with his company, but he refused to respond. Well, sort of. When I first tried contacting him he was out of the country on a vacation in the Caribbean. Then he went straight from there to another vacation to the Alps. Due to some Facebook stalking, I knew when he arrived home and contacted him again the next day. A couple of days later I was in Las Vegas on a business trip. While I was in the middle of a recording session with one of my clients, he finally called. Of course, my phone was silenced, so I didn’t get his message until about half an hour later. So I called him back and got no response. Again and again and again I try his office, email, text, Facebook, every way I could find. No response at all.

Each time I contacted him I stated that I simply wanted to have a conversation to let him hear my point of view, and give him the chance to tell me his point of view. After all, from my point of view, the car had been misrepresented and even broken by his company. Why was he refusing to give me a refund? If anyone should be refusing a refund it was the owner, but he wasn’t.

Finally at my wits end and at the advice of my lawyer, I left a message at his office that my next course of action would be to serve him papers to appear in court.

While this is what my lawyer advised, my lawyer and I both knew this was a bluff. The car was not worth the cost that it would take to litigate this. The sole purpose of the litigation threat was to hopefully give him the motivation needed to talk with me. After a day went by with no response, I called his office again. This time I was greeted very angrily by the person who answered. I was told that the broker was a very wealthy man and if I wanted to take him to court I could do so. But in doing so, he would make sure I regretted it. And at that point I was hung up on.

Oof. Talk about a snowball to the face.

You may be wondering if I drove to Georgia, tracked him down, and punched his face until my mom showed up. If you remember the story about my mom, then you know that would be a very lengthy face pounding. However, pounding faces is not how I roll. I mean, it’s quite possible I fanaticized about punching him in the face, but in the real world, it’s not how I roll.

At this point, this situation SUCKED! MGB GTs are not high dollar cars. You can scoop a nice one up for $10k, a really nice one for $12k, and a very nice one for $15k. There are other elite level ones that can go for $20k or even $30k, but those are very special cars. I paid $14k for this car because it appeared to be very nice. Now it was clear that I’d made a mistake and that mistake was going to cost me thousands of dollars to fix.

There’s an important to learn at this point. That is, if you’re buying a car, it’s worth it to inspect the car in-person or hire a trained professional to inspect it. Had I gone to see the car in-person, I would have noticed more of the issues. Had I hired a professional inspector, he would have caught all the issues. But I didn’t. I had my friend check it out who knows very little about cars and he looked at only the things I specifically mentioned. Lesson learned. I won’t make that one again. And to be clear, I’m not now nor at any point even the least bit upset with my friend. This mess was entirely my fault.

Okay, so I made a goal, established a plan, researched, prepared, took action, told others, all the stuff I was supposed to do. I reached my goal, right! Technically yes. But at this point I had a car that wasn’t legal or safe to drive. Have you been there?

The way I saw it I had three options. Option one was sell the car. The problem with this was I would have to disclose all of the issues with the wiring. The amount I would get for the car would be significantly less than what I’d paid for it. Option two was fix the car myself. While this was certainly the least costly option, it was also the most time consuming option and I knew nothing about wiring or how car electrical systems work. Well, I knew a bit about car electrical systems, but only enough to deal with issues related to the ignition system. Option three was to hire someone else to fix it.

Before I made the decision to try and return the car, I called every single shop in town that handles rewiring cars, hot rods, classic cars, or British cars. I called every single lead those people gave me. I found only one person who was willing to take on the project and the cost was a minimum of $3k, possibly as high as $4k. I estimated that I could rewire the car myself for around $1k to $1,500.

Cut my losses, or double down? If I double down and sink more money into the car, do I also sink my time, or do I pay to have someone else do it?

These types of choices aren’t easy. If you’ve played poker, you’ve probably been in a situation like this where you’ve put a lot of money into the pot and you have to make the hard decision to fold or play the hand you were dealt. For me, I’d already tried bluffing and it backfired.
We tell our kids that life isn’t fair, and this is a classic example of it. In hindsight I could have and should have done things differently, but despite my best efforts, a hard decision would have to be made. I can’t tell you what the right decision is for you to make in situations like these, because each situation is different.

But here’s what I can tell you that will hopefully help you make the right decision.

First, be objective. Try to pull out emotions, and address it completely objectively. Second, seek counsel. In my situation, I obviously needed to make the decision with my wife, but it was important to get advice from others in my circle as well. Third, don’t make a rash decision. This goes along with being objective, but make sure you take time to clear your head, sleep on it, let the shock, anger, or other initial reactions subside. Fourth, remember this is all part of the plan. Go back to those 10 steps we learned in episode 575. Step 9 was evaluate your results and step 10 was change your approach if needed. Realizing that this was all within the scope of your initial plan doesn’t make it sting as much does it?