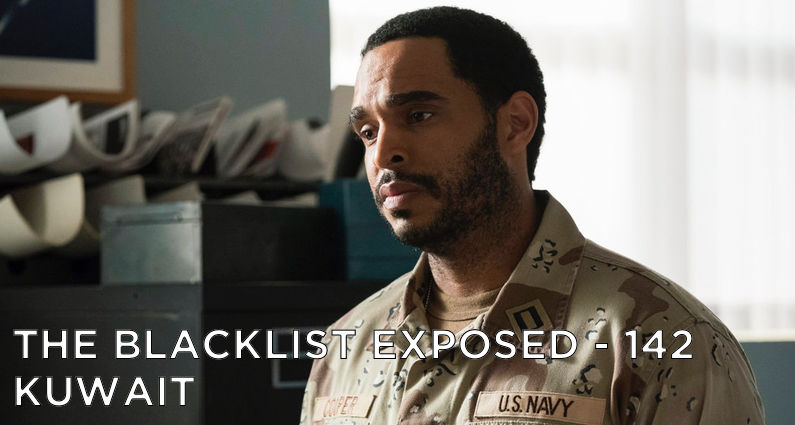 In 1989 Harold Cooper under direct orders that weren’t technically above board was funding fighters in Kuwait. On what seemed like an ordinary drive turned deadly as Oooper and his companinon Daniel Hutton were ambushed by the same people Harold was helping to fund. Turns out the ambush was a setup to kill Daniel Hutton before he could expose the operation.

In 2019 a secret communication arrives for Harold Cooper telling him the man he thought was once deceased is most definitley alive and so Red and Cooper travel to Iran to see this old ghost from their past. Turns out however that old ghost, now alive, turned into Iran’s most wanted person and now he wants revenge. Cooper also has to make a tough decission on what to tell Main Justice about Red being an imposter, as well as the truth behind Kuwait.

Be sure to answer our profiling question of the week: Do you beleive Ilya Koslov? Visit our feedback page to leave a response or call +1 (304) 837-2278. The Music of Kuwait

While Red and Cooper fly home we hear “Como Te Quiero” by Khruangbin. At the end of the episode when Cooper talks to Panabaker and comes clean to Red we hear “Letters Home” from a Blacklist staple, Radical Face.