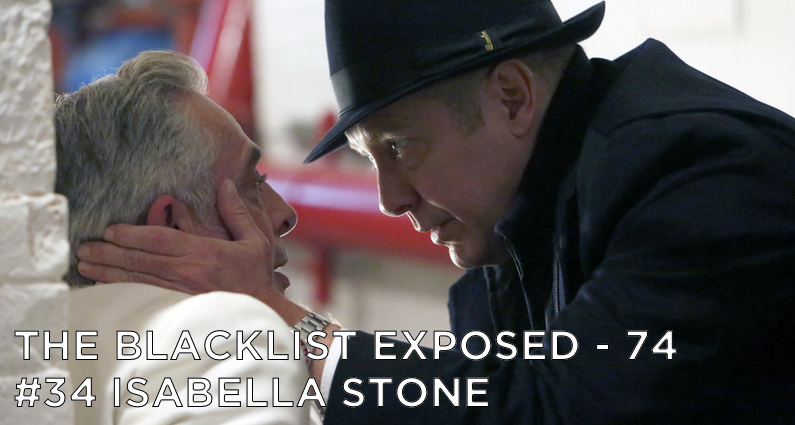 Isabella Stone, played by guest star Melora Hardin, is a woman scorned. Or so WE think. On a revenge quest to make the people suffer that caused her husband to be jailed and eventually murdered, she now has her sights set on Red. She lures Red out into the open by going after one of Red’s long time assets Sorantos which once again has those closest to Red being put in the cross hairs. Dembe and Baz should watch their backs. Meanwhile we get closer to “The Blacklist: Redemption” as we learn of Tom’s father Howard Hargrave potentially dying in a plane crash. This sets Tom off on a mission to find out what happened to him the night of his disappearance as a child, and has us asking if there is more to this story than meets the eye.

Be sure to answer our profiling question of the week: Will Ressler become a liability?. Visit our feedback page to leave a response or call +1 (304) 837-2278. 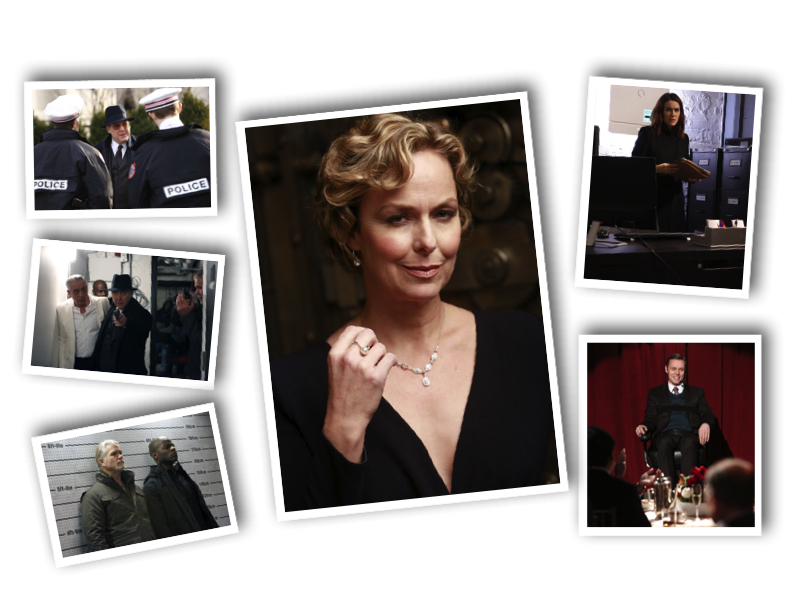 Welcome to Red’s Rhetoric that part of the show where we take two clips from this week’s episode and you get to vote down bellow in the weekly poll. Last week you all felt that death was slouching in on you from every corner of the room as Read Death won with 75% of the vote. This week’s first clip comes when Red’s car is stolen?
The second clip clip comes when Red gives Liz a parenting lesson. Which was your favorite? If you wave at a person when stealing their car vote #RedCar or If time moves entirely to fast vote #RedCuckoo.

The Music of Isabella Stone

There is no better way to start out an episode with a little AC/DC as the appropriately titled “Shake a Leg” is heard over the car crash in Paris as Stone’s goons remove the contents from inside the drives prosthetic leg. Later in the episode as Red gives Liz a cuckoo clock for Agnes and while ponytail intercepts Isabella Stone, we hear Marika Hackman’s “Before I Sleep”. Why this gift? Why now? Is there a camera in that clock?

Each week of The Blacklist Exposed will take a deep look at both the minor and major plot lines to this fantastic series. Be sure to subscribe and review us in iTunes, Stitcher, or through whichever podcast app you prefer. Also check out our other Golden Spiral Media Podcasts.