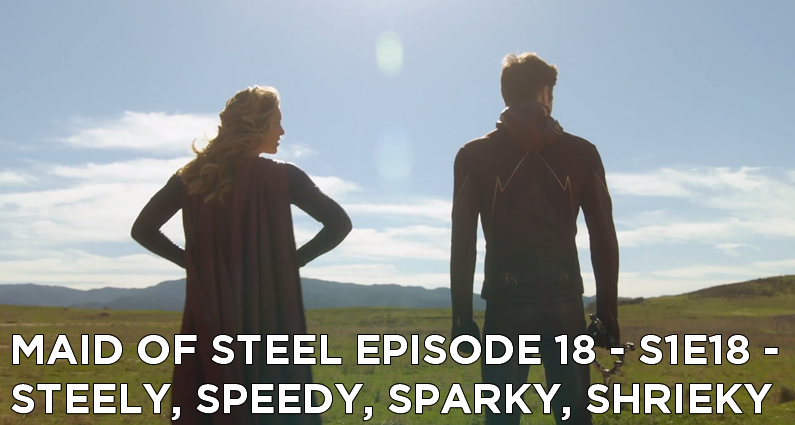 Welcome back to Maid of Steel! This week, Karen and I are joined by our incredible friends at Central City Underground to discuss the first Supergirl crossover with The CW’s The Flash! Season 1 Episode 18 “World’s Finest” aired on Monday March 28, 2016 and featured special guest star Grant Gustin, who portrays Barry Allen on The Flash. This podcast is a recording of the live Blab session we had with the CCU guys on Wednesday night and it’s…a very different type of podcast. 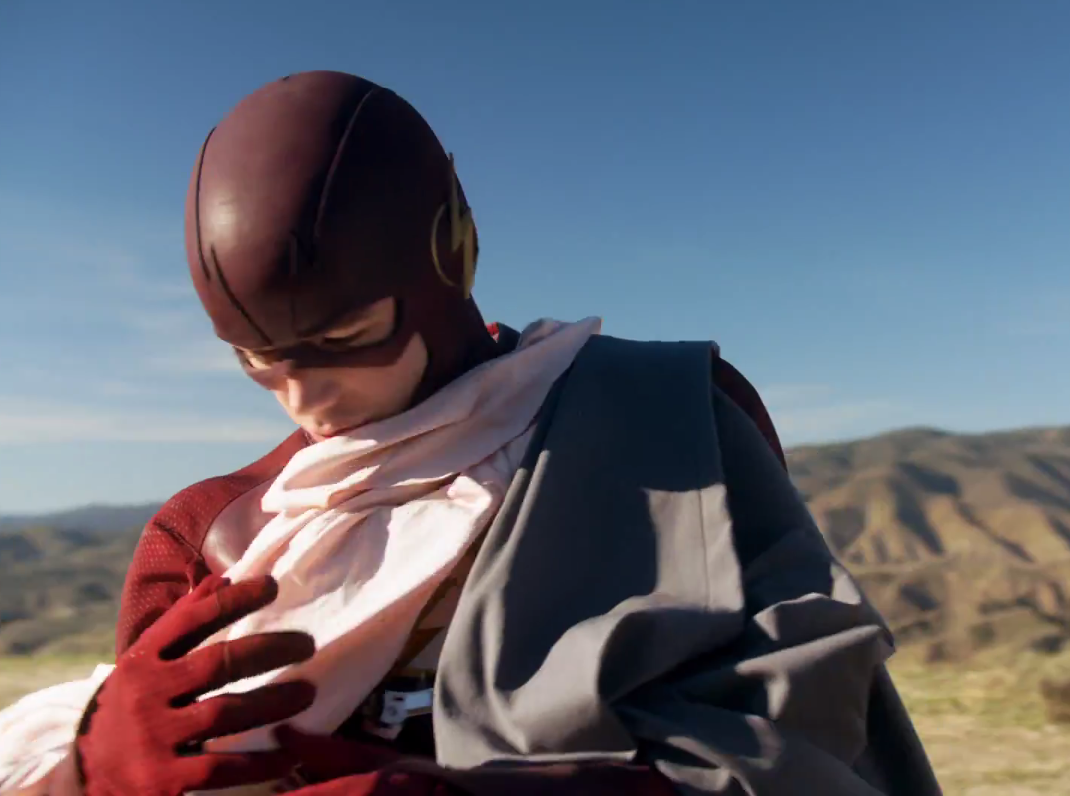 However, Karen and I will be recording a bonus podcast this week in order to cover all of the feedback that we received! So look for that one to come out over the weekend.

The introduction of Barry Allen/The Flash on Supergirl was nothing short of awesome. Grant’s portrayal of Barry Allen is so light and easy that it was no surprise he and Kara became fast friends. Super friends, if you will. For those who’ve been loyally tracking with The Flash, we were rewarded with a ton of Barry-isms. The scene in the picture here, for example, after Barry saves Kara and races her out into the middle of nowhere, she expresses very little gratitude and, instead, flies off…shedding her Kara costume in the meantime. “That’s a first,” Barry said. “I thought I was the impossible.”

The incorporation of Barry into the show brought more of the same light-hearted, hope-filled essence we love about this show. Every superhero has their dark days, and Kara has had quite a few lately, so it is extremely nice to see a couple of kids bring hope because of their passion to help people through their extraordinary powers. The character nuances in our main cast not withstanding, I was very pleased with the end result.

Clearly this Earth needs Cisco, the King of Naming Heroes and Villains on The Flash, because Barry’s idea of naming villains was not quite up to par! Livewire named herself, of course, earlier in the season, and Silver Banshee’s name was pretty inherent in her cursed nature, but it was nothing short of hilarious when Barry and Kara land in the park and he calls them “Sparky” and “Shrieky”. 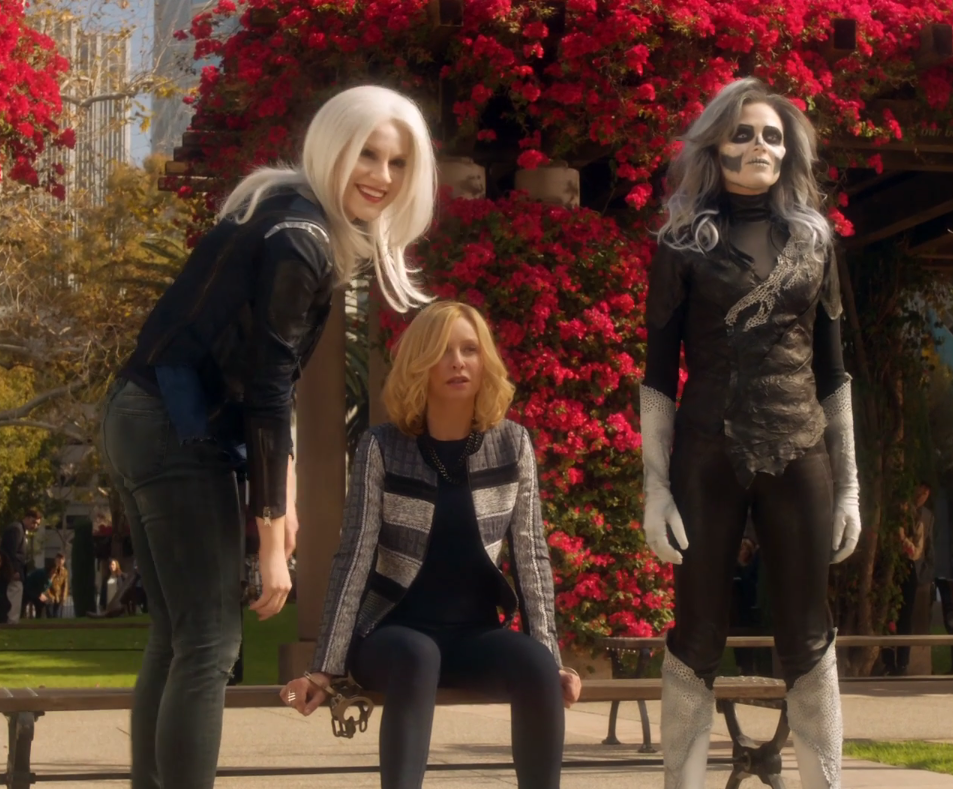 That’s why we love him, though, right? He’s witty and light-hearted. Like Kara.

Both Supergirl and The Flash have done incredibly good jobs, up to this point, of painting their good guys in primary colors. They’re depicted in the light and they like to fight in the light, both figuratively and literally. This episode did a great job of drawing out the contrast of light and dark between the heroes and the villains. 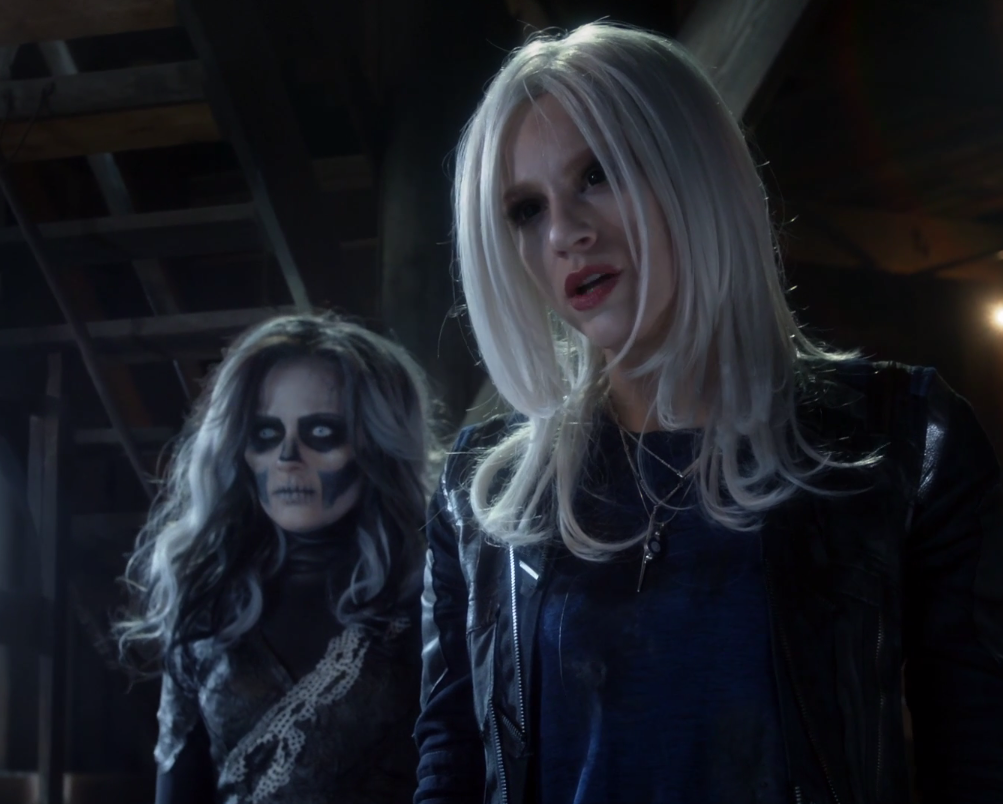 The motives and ambitions of the villains are shrouded in darkness and an intent to do malice. Their team-up isn’t a magical pairing of two compatible personalities and abilities, its a team-up of convenience and end-goals. Admittedly, that isn’t a terrible reason to join forces, but it makes the bond between individuals much more tenuous.

On the other side of this, then, we have the heroes…shown in bright colors, in daylight, smiling and laughing, and finding joy in what they do. When something doesn’t go their way, they don’t play the blame game. 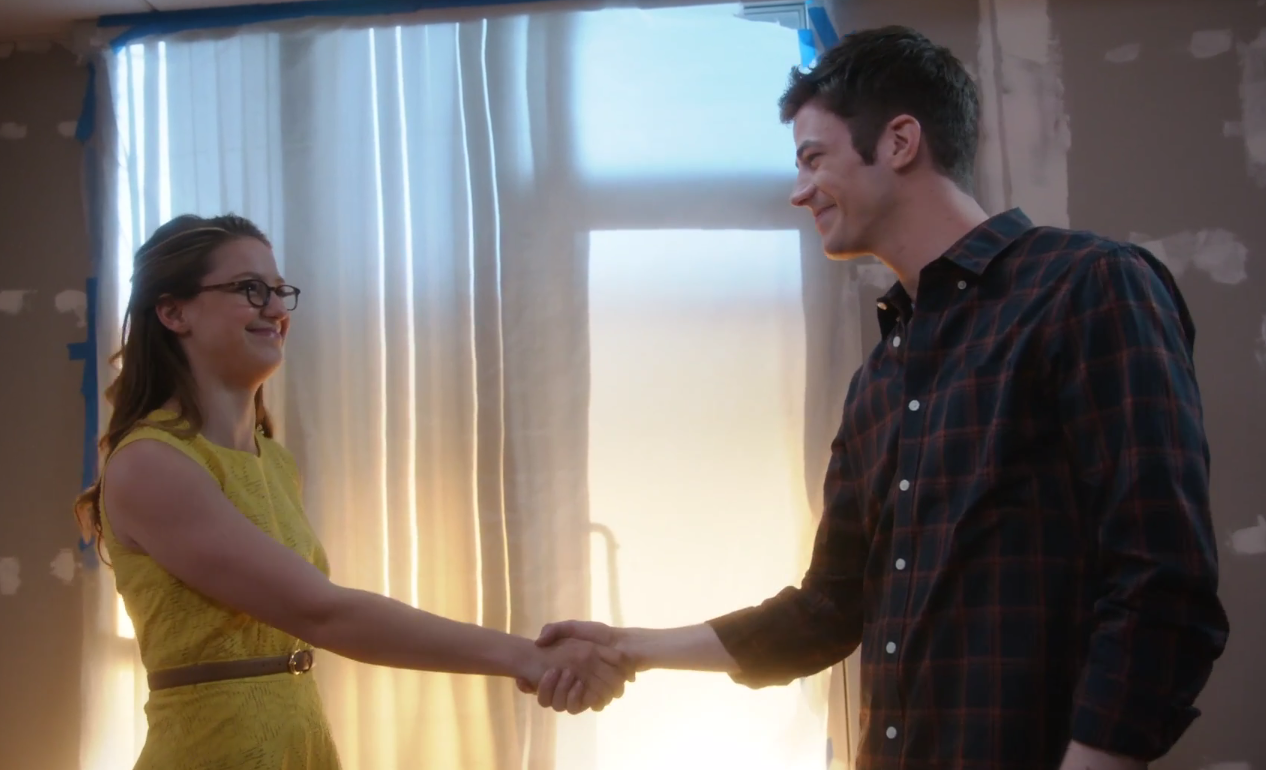 Barry takes a moment to be real with Kara and have a frank conversation about Superhero-ing. Kara hasn’t known someone like Barry, yet, in the strictest sense, and getting to hear a “I’ve-been-there” story from him was very meaningful. 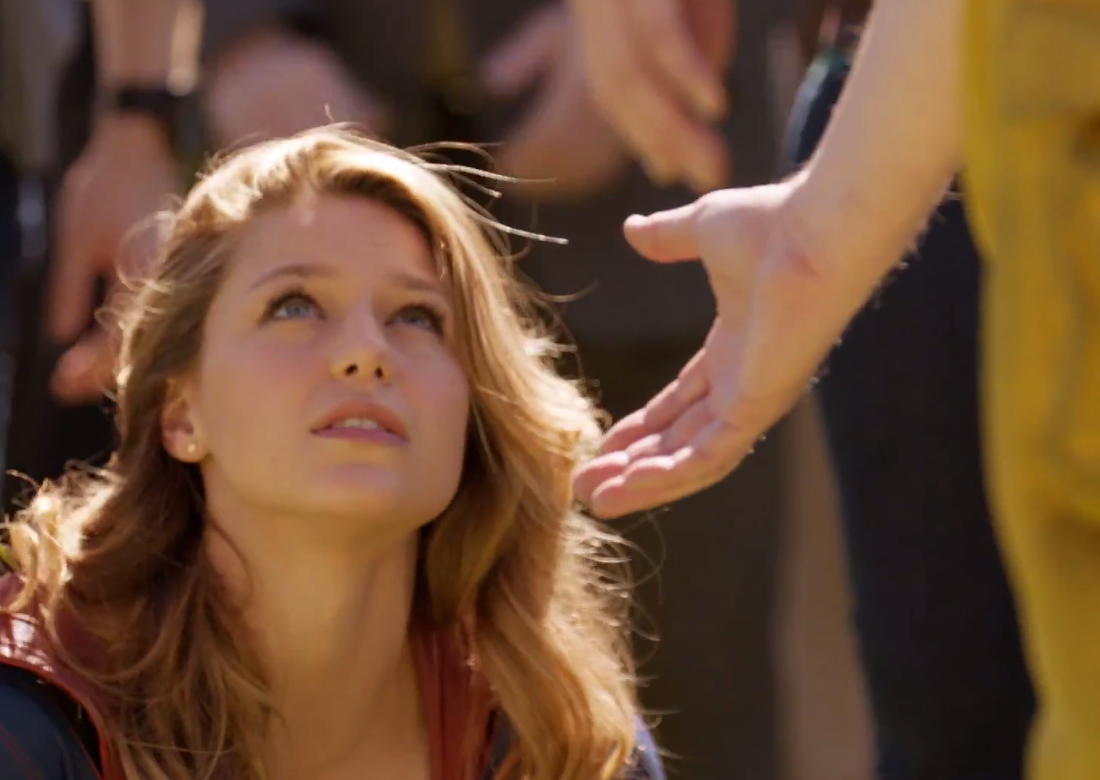 In TWO weeks, Supergirl returns for the final two episodes of the year! No promo has been released yet for episode 19 “Myriad”, so you’ll have to keep an eye out yourself!