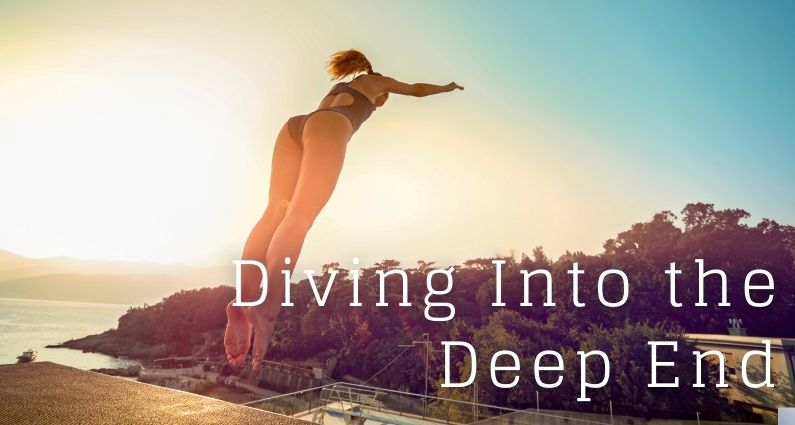 On February 17, 1986 I turned 10 years old. Four days later Nintendo released a game that would become my favorite game franchise of all time. Released on the Nintendo Entertainment System, or NES, The Legend of Zelda captivated me like no video game, including any Mario game, had ever done before.

The problem for me was, I owned a SEGA Master System, not a Nintendo. Fortunately, my friends down the street had a Nintendo, and I loved going to their house to play Zelda. From time to time we’d even swap systems for a few weeks so they could play our SEGA games and my brothers and I could play their NES games. Zelda was unlike any other game of the era. Instead of it coming in a grey or black cartridge, it came in a shiny gold one. Instead of losing your progress when you turned off the console, Zelda had a battery inside the cartridge that allowed your game to be saved even if you powered off the console.

Zelda was an open world game that allowed you to go anywhere you want. Dungeons, weapons, useful items, and money were hidden in caves revealed with bombs or bushes burned away by a candle. Only after you collected all the pieces of the triforce and beaten all 8 of the dungeons, could you enter the final dungeon housing the evil demon king final boss: Ganon. That game save feature was needed because it took weeks to beat the game.

Only in the last few years did I discover that there was a community devoted to beating the game as quickly as possible. Maybe you’ve played and even beaten the original Zelda game for the NES. If so, how long do you think it takes the best in the world to beat the game. Or, if you devoted yourself to learning the games secrets, how quickly do you think you could beat the game. Would you believe that the current world record is 27m 36s by a player who goes by Greenmario?

Besides memorizing the map and knowing exactly which items are needed and which items you can skip, the biggest secret to saving time involves getting so good at combat that you can force enemies to drop the exact item you need at just the right time. Mastering this trick includes being able to avoid getting hit by enemies, which is often more difficult than inflicting damage on them. The second biggest time saving technique is a pair of tricks called block clipping and screen scrolling.

The trick allows Link to pass through square blocks found in the game’s dungeons. Most of the time this is used to gain access to passageways that are typically only accessible by moving a block once all of the room’s enemies have been defeated. However, by clipping through one of the blocks, you can bypass the need to move a block, and therefore bypass the need to kill all the enemies in the room. Learning this technique can shave off several minutes from the game.

I began learning about the process by googling to find out what it was even called. Once I learned the technique was called block clipping, I then found YouTube tutorial videos showing how to do it, and I also found a few websites with images showing how you have to line up Link on a specific range of pixels and very quickly press two buttons in just the right order. It was actually quite simple: Line up Link so that his hat is on one of three pixels, slash with your sword, and immediately tap left or right. Simple. The YouTube videos and website info gave me all I needed to beat the game in under an hour.

When it came time to work on the car, I took the same approach. Read books, look at websites, watch YouTube videos, and educate myself on the process. Why? Because once you read a book or two or three or watch a few videos, you have all you need to achieve success, right?

NO, of course not! We have to actually take action to get results and find the success we seek. Reading books and educating ourselves is only the first step in the process, and I’ve seen too many instances of people afraid to take action and move out of the research phase and into the action phase.

After I read the books, watched the videos, did my research, and purchased a new wiring kit, it was time to take action. I stepped out to the garage, popped the hood on the car, and began taking photos. I took photos of everything I could from every angle I thought might be helpful. This allowed me to refer to the photos if I ever found myself wondering how things were or how something should be oriented. Next, I began removing each wire, labeling it as I removed it from its place. I removed the dash from the car, exposing the twisted mess of wires behind it. As before, I carefully photographed and labeled everything.

With everything disconnected, there was only one thing left to do: pull all the wires out. I pulled wires from the engine bay through the firewall and into the cabin. I snaked all the wires from the driver’s side of the dash across the car and laid them in the passenger footwell. I pulled off the rear lights and removed the wiring. I crawled under the car and removed the wiring from the starter and fuel system.

At this point, all the wires were loose and hanging by various access holes in the car. I called my son out to the garage and he helped me squeeze and pull all the wires through the access holes and free them from the car. Just like that, every wire that made the car function was loosed from the bindings of steel, aluminum, and copper in the car, and laid limp, lifeless on concrete floor of my garage.

As I stood over the limp carcass of the old wiring harness, a sense of joy and accomplishment came over me. I then looked over at the beautiful shell of my MGB GT and was overcome by terror. Staring back at me was a shell of a car with the seats, steering wheel, dashboard, center console, brake lights, headlights, and interior paneling removed. Tearing things apart and destruction are quick and easy. Never had this life lesson been more real than at this moment.

I was committed to this project, but at that moment I was wondering if I should be committed to an asylum. Was I insane for thinking I could do this? Even if I was insane, it was too late now. I had taken massive action toward achieving my goal, and there was no going back.

Back in episode 575 we went through Ten Steps to Achieve Any Goal. Step 8 on that list was take massive action NOW. And if you recall from episode 579, taking this detour was also part of the ten steps because those ten steps include evaluating our results and changing our approach if needed. I hope you’re seeing now how effective and iterative this process is.

However, even though this was all part of the plan, it was terrifying to see the car completely taken apart. In some way it felt like I jumped into the deep end of the pool. After my initial bravery compelled me to make the jump and I entered the water, my feet instantly began tiptoeing trying to find the grip of pool’s bottom. But the bottom of the deep end was several feet below. Sure, I could find my way to the bottom of the pool, but it wouldn’t bring me safety. No, the only safety to be found was to start swimming. Each kick of my legs and each sweep of my hands would be the only that would bring me to safety.

And that’s the way it was with Zelda. I lined up link on the perfect pixel and I pressed the buttons just like I saw on the videos and read on the websites. However, despite my best efforts, I was unable to clip through the block. Did I give up? Heck no! I kept after it. I kept tweaking my approach, applying in the real world the info I’d learned in my studies. Sure enough, the real secret was in taking real action and in perseverance. The more times I did it, the easier it got. Before too long I was even able to execute a block clip in a dungeon room with no lights. My completion times got faster and faster. I tweaked my path again, eliminated a couple of more items from my journey, kept practicing the block clip and you know what happened…I beat the game in under an hour! My current best time is 58m 43s.

For the first 562 episodes of this podcast I started each episode by introducing myself and declaring that I believe if you aren’t learning, you aren’t living. I still believe that with all of my being. If we find ourselves in a position where we are unwilling to learn new skills, educate ourselves, or take action to test what we think we’ve learned, then we are doing ourselves and the world around us a huge disservice. We have been created with the incredible capacity to take in information, process it, and improve things. When was the last time you felt the terror of jumping into the deep end of the pool or the frustration of trying to properly execute a new skill you’ve been learning about? To use the slogan of Wolf brand chili, “that’s too long.”