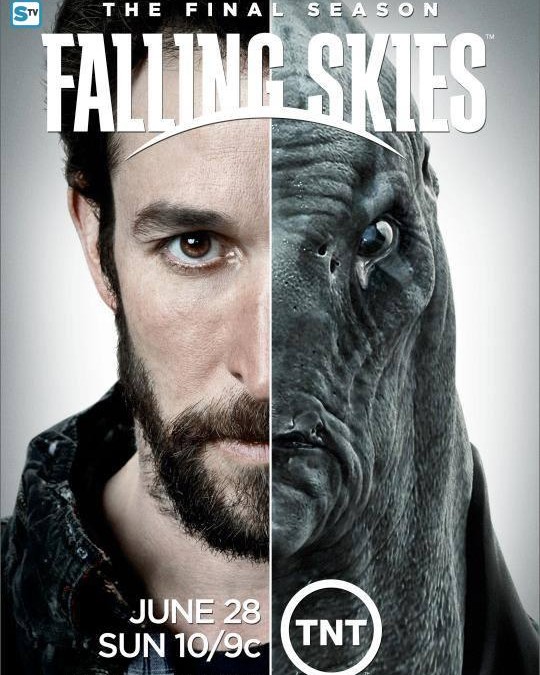 Summer is finally here! It is time for barbeques, suntans and alien invasions. In season 4 the 2nd Mass faces the greatest challenges yet. The Espheni Overlords have corralled the remaining adults into ghetto camps. The children are sent to school to be reprogrammed. They will be used as tools to catch their rebellious parents. The survivors are losing hope when The Ghost arises. Once again Tom Mason negotiates with the enemy and leads the remaining humans against the Espheni.

On the day the electrical fences came down from the sky the Masons were separated. Tom and Hal are stuck in the ghetto camp. Ben is with Lexi in Chinatown. Matt is at the Espheni School . Lexi’s alien DNA is causing her to mature faster than a human. Chinatown is an oasis in the middle of a war zone. The people that are held safe in this place are hailing Lexi as their Savior. Lexi is torn between two fathers. In the middle of the season where Lexi’s loyalty lies is uncertain. The exponential growth of Lexi’s body and power is not equal to her emotional maturity. As a result Lexi experiences some loss of control. She is also susceptible to manipulation by the Espheni Overlords.

Tom and Cochise determine that the Espheni power base is located on the Moon. The planning begins to take out the base and bring down all the fences to free the people. Lexi undergoes a metamorphosis. As she changes the atmosphere of distrust around her grows. She runs to her Overlord father and a battle begins. This conflict decimates the numbers of the 2nd Mass until only 20 remain. Lexi soon understands that the Espheni goal is not peace, as she was lead to believe, but control.

Lexi volunteers to take Ben’s place with Tom on the mission to the moon. Cochise can not go because the Espheni ship they have rebuilt will not accept a Volm passenger. Lexi feels that her biology and powers can help this mission succeed. In route to the moon Tom and Lexi have some time to repair their relationship and build some trust. Meanwhile on the ground strange eggs are emitting a dangerous fog. If you are caught in the fog you are paralyzed. Then an alien tentacle attaches to you and the result of that is unknown. Cochise is trying desperately to contact his father for backup.

The ship Tom and Lexi are traveling in is damaged. The bomb they were transporting to decimate the power source is ruined. Lexi decides that she will make the ultimate sacrifice for her human family. They did not deceive her or attempt to control or manipulate her. She will do this for the family that loves her, never stopped searching for her and trusted her to help. The Volm come through in the final moments providing cover for Lexi as she smashes her part of the ship into the power source.

When Tom awakens he is lying comfortably in bed. Things are not as they seem. The room around him is an illusion. This is illustrated by the fact that when he grabs for a picture of his family by the bed his hand passes right through. When Tom looks out the window he sees endless stars. How will he return to earth? Tom Mason always finds a way. “The enemy of my enemy is my friend”. There is a new creature in the final seconds of season 4. Tom says “you are beautiful”. What does he see? My guess is that it is not the strange creature the audience sees in the mirror.

Lexi was on a hero’s journey throughout the season. In the end she gave her life to save the the human race. What if only her human side dies? I am hoping her alien DNA has regenerative qualities and she will return in season 5. Join Darrell and Emilee each week for Berserker Cast. Send in your thoughts and theories as the final battle commences. Tune in Sunday June 28th at 10/9c on TNT. It is going to be out of this world. 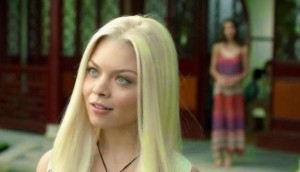 Will Lexi Return in Season 5 ?