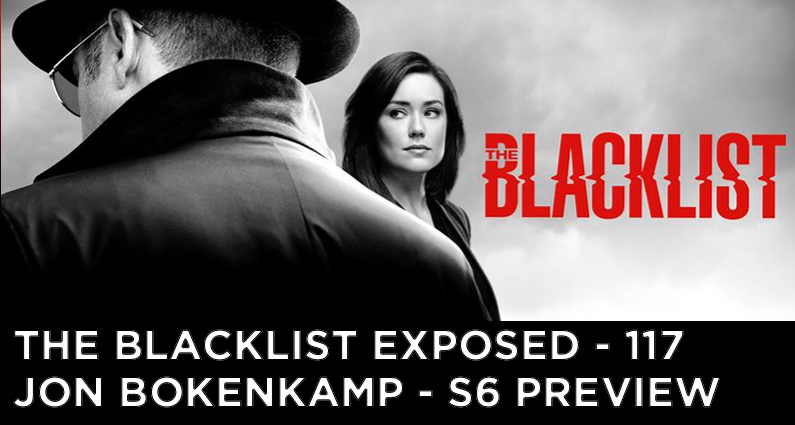 After five mind bending, plot altering seasons, The Blacklist is finally ready to leap to new places as season six kicks off on January 3rd and 4th on NBC here in the states. What better way to get ready than an overview of the upcoming season from the man, the creator himself Mr. Jon Bokenkamp.

Jon gives a quick update on where we left things last season and definitively answers the question around who Liz’s father is. But remember with every answer only comes more questions. We check in the status of Samar and Aram, what’s next for Ressler, plus what will the addition of Jennifer Reddington bring the to the table. Red’s journey in season six will be to a place he has never been in the 30 years since this whole thing started, behind the 8-ball as his own “daughter” now has a leg up on one of his many secrets.

He also discussed how the season six renewal came about, which of Red’s friends will make a return, plus what new characters might we encounter as the two night premier quickly approaches. This season will be on that you will not want to miss, literally as every live viewer counts on its new Friday night home. So grab your Fedora, settle in for a stretch, I have a feeling it’s going to be a great year.

Be sure to answer our profiling question of the week: What do you want to see in season six? Visit ourfeedback page to leave a response or call +1 (304) 837-2278.

Don’t forget to check out all the great music of The Blacklist via the official Blacklist playlist on Spotify or the same playlist recreated by us on Apple Music.