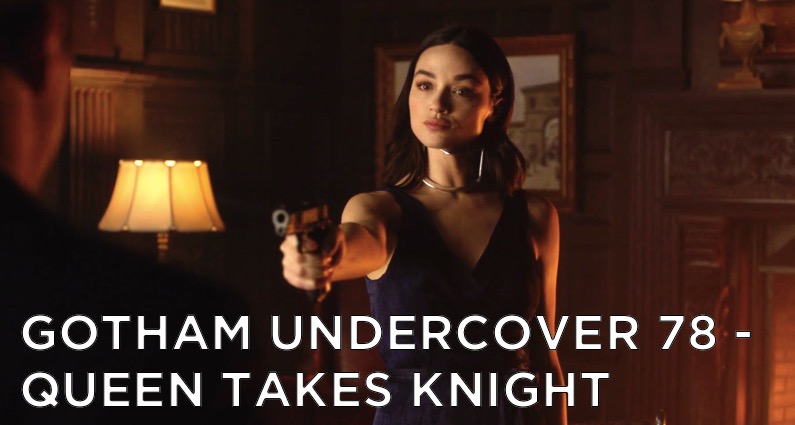 Queen Sofia took down her dad, Jim, and Penguin this week. The guys vastly underestimated her and paid the price. Tabby tried to knock some Butch back into Grundy. Alfred pushed Bruce too far and Bruce fired him!

Sofia goes after Penguin but is met with resistance. So Oswald pulls out the big gun, he calls Carmine Falcone to come collect his daughter. Carmine calls his daughter out on the carpet. He feels she has done everything wrong with no sense of honor.  So he is taking her home. Jim comes to call and finds Carmine. Sofia is on her way out, when a drive-by takes out Carmine and injures Sofia.

Zsasz is upset at Penguin, thinking he had Carmine killed and leaves Oswald at the funeral. Oswald pays his respects and then begins to threaten Sofia. Jim sweeps her away. Penguin goes to the GCPD and offers a reward for Sofia, but the officers have backbone and refuse, kicking Oswald out.  The war has started. Penguin uses the gangs as proxies and the GCPD goes after them. The Sirens escape and go to ground. Sofia says that Jim can have Penguin now, and tells him about Martin’s death. Jim goes after Penguin and when he denies the murder Zsasz, won’t back him up. He’s on Sofia’s side now. Penguin is put behind bars.

The Sires are given the club back as their base of operations and Sofia begins to unify the gangs. Jim goes to her to try and stop it.  But she won’t have it. Pyg appears and starts to explain Queen Sofia’s plan.  She hired Pyg to attack the GCPD and thereby unify them. She kept forcing Penguin’s hand. When he thew daddy Falcone at her, she gave Carmine a chance to let her rule in his place. He refused and she took him out.  Pyg shot her in the perfect spot and provided her deniability. Jim attacks Pyg, but Sofia kills Lazlo. She tells Jim, he is the one who got all those officers killed and broke his relationship with Harvey. He can arrest her, but she will talk. He will be ruined, the GCPD will crumble and Gotham will fall. The alternative is to let him be the Queen’s pawn at the GCPD, preserve the order in the city and let his guilt be her revenge for Mario’s death. Jim tells the GCPD he killed Pyg. He comes back to the GCPD broken. Harvey is there, but will not stay to talk. He tells Jim not to let the officers down. Jim finds Harvey’s badge and gun on his desk.

Penguin is locked up at Arkham and is raving about taking revenge on everyone. His neighbor calls him over. He says he is a resourceful guy and they can help each other. Oswald wants to know how. Turns out his neighbor is Jerome. Is this the beginning of a new partnership for Penguin or will it come back to bite him? 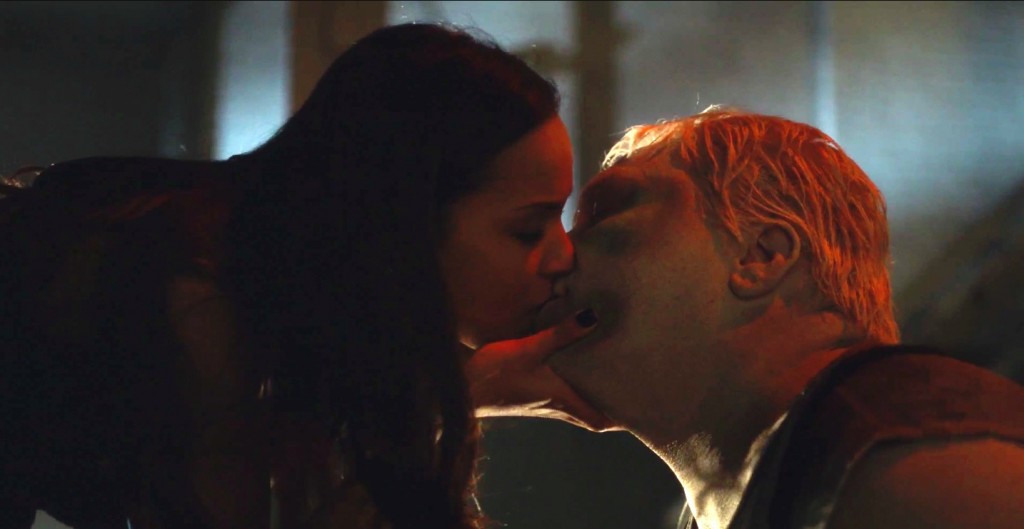 After the Sirens are freed from Penguin’s men, Tabby heads over to Doc Lee’s. Grundy has just witnessed Ed argue with The Riddler in the mirror and is a bit confused. He hears the “Solomon Grundy” song playing on a record player and goes to it. He is then hit with knock out gas. He wakes up in a warehouse chained down. Tabby calls for him to remember what Ed did to both of them. She kisses him and tries to remind him that she was Butch’s queen. But it is not working. So she pulls out the heavy objects and starts to hit him on the head to jog his memory. After many rounds with no luck, she says farewell and leaves. Later he awakes, but it is not Grundy it is Butch. He wonders what happened to him.

Bruce has been partying and Alfred has been cleaning up after him. Alfred is getting him out of trouble with the police and angry neighbors. But something has to change. Alfred thinks time away in Switzerland will help, as it has in the past. But Bruce is not having it. Alfred and Bruce get into a physical fight. Alfred is besting an out of practice Bruce. Bruce headbutts Alfred and Alfred strikes back hard. Bruce leaves. Later Bruce returns. He signs emancipation papers and fires Alfred. We see Alfred packing up and leaving Wayne Manor. At the same time we see a miserable Bruce surrounded by partiers at a club.

I enjoyed this episode, but it seems like they were trying to fit every story in this week. Honestly, the only major player who didn’t appear was Lee. I guess they knew we would have a long break and wanted us to see everyone.  I really did enjoy getting to hear about how Sofia has been working behind the scenes. She is a worthy foil to Jim and Penguin. But I felt slighted that Pyg was offed that quickly and easily. Not to say he can’t come back, this is Gotham you know, but Michael Cerveis did a WONDERFUL job playing him and making this season fun. It will be hard waiting until Spring, but I will be ready to have Gotham back, if they keep up this writing and story level!

Shadownightlp has being making music in tribute and inspired by Gotham. Take a listen to the new Pyg Tribute on Soundcloud!

A Dark Knight: Pieces of A Broken Mirror:  We don’t have a firm return date for Gotham. We only have Spring as our return time. But on the good side we won’t have to worry about the Olympics taking our viewers. We know Jerome will be back as well as our new Ivy (Peyton List). But stay tuned to our podcast feed for some cool things coming your way.

What did you think of “Queen Takes Knight” What was your favorite moment from this episode?
Be sure to join our facebook group and get updates on upcoming shows!

Please leave us a review and a star rating on iTunes! They help us improve the show. We appreciate your support!
If you’re in the market for Gotham or Batman books, videos or other merchandise, click on this link and you’ll help support GSM Podcasts.

GSM has a great selection of podcasts about TV, Movies, and life in general.  Check them out here.
Catch Karen on Maid of Steel and Remaking History and Geoff on Stuff I Learned Yesterday (and blog posts for Triplecast).