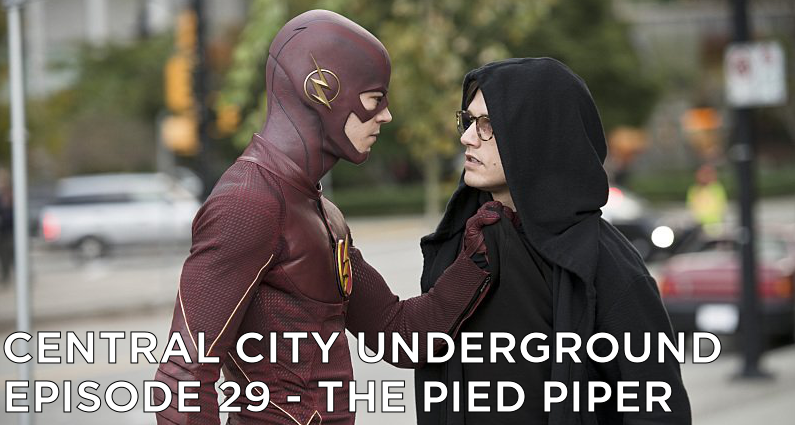 The Judge and The Man in the Suit sound off about the Pied Piper. No more “Toni” and “Joe”; we’ve got real underground names now.

We heard about Hartley Rathaway last week, and this week we meet him. And hear him. The Pied Piper is here for payback because Doc Wells wouldn’t … listen to him. Well, can ya’ hear me now?

And speaking of the good Doc, he finally admits that he knew of the chance of an accelerator explosion. Except that he didn’t believe it then. And really, he’s only admitting it now because the Pied Piper made him. Other than that, he’s totally sincere.

But there are secrets he’s still keeping. Twice this time out, his super speed kicks in, in moments of stress. Guess he’s needing to siphon off more of that super speed stuff in that Super Speed Stuff Siphoner. But what’s the endgame he refers to? Is he planning on using Barry to fully charge up for the future? We’re still not sure if Wells is a good guy or a bad guy.

Questions. When the answers hit, it could be with a sonic boom.